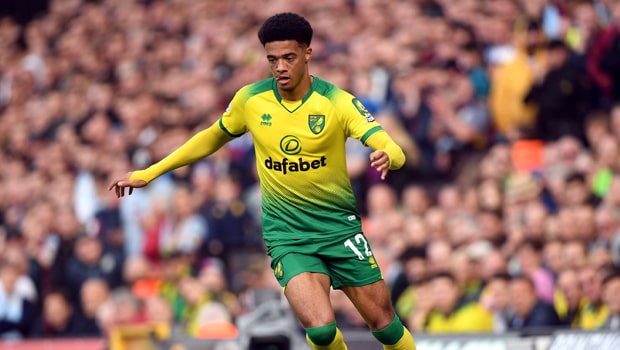 Norwich City has been plunged into further injury crises after left-back. Jamal Lewis pulled out of Northern Ireland’s UEFA Euro 2020 qualifiers and an international friendly coming up later this week.

The Canaries defender pulled out of the qualifiers with the Netherlands and a friendly with the Czech Republic, with a knee injury which was aggravated in their embarrassing 5-1 loss to Aston Villa in the English Premier League.

Coach of Northern Ireland, Micheal O’Neill, listed the defender in his team ahead of the international break, but a club statement by Norwich City on Monday afternoon revealed that the defender would be placed under the watch of the Canaries medical team all through the break.

Jamal Lewis’ unavailability is a setback for O’Neill as he has no arrangement in replacing him, adding to a long list of Norwich City’s player on the Doctor’s table.

Meanwhile, Lewis was feared to have suffered a severe elbow injury initially, but further assessments revealed that the issue was not as bad as it looked at the first instance which led to his call up.

Meanwhile, Daniel Farke, in his post-match conference after the loss to Villa, explained that injuries had been a significant reason for the recent slump in form for the Canaries, stating that the players’ morale is affected, thus leading to their underwhelming performance against fellow promoted rivals.

Furthermore, fans of the side are hopeful that Lewis’s withdrawal is a precaution in a bid to see him get fit in time, enough for their next EPL at Bournemouth after the international break.

However, Jamal Lewis could be replaced by Max Aaron in the left-back position should he not recover fully, this would move Sam Byram to the right-back position.