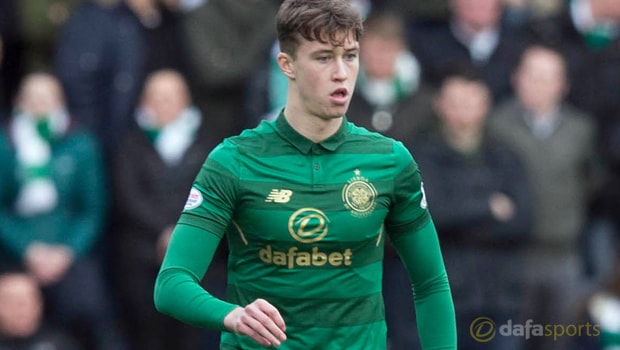 The Hoops are suffering from a mini-crisis on the injury front, with De Vries having stepped in to fill the void left by Craig Gordon’s knee injury last month.

Hendry was signed on deadline day from Dundee and went straight into the Celtic side that lost 1-0 at Kilmarnock on Saturday.

Central defenders Dedryck Boyata and then Kristoffer Ajer both went off injured at Rugby Park, leaving the Hoops with a back three of Hendy, Nir Bitton and Kieran Tierney.

With the problems mounting, it is far from ideal for manager Brendan Rodgers with Zenit due in Glasgow next Thursday for the first leg of their Europa League last-32 tie.

Jozo Simunovic and Hendry are amongst the fit central defenders and veteran stopper De Vries believes 22-year-old Hendry can make a telling contribution.

“There are players who have come in here and will contribute and get better and better.

He only trained the day before Kilmarnock, he is young and has so much to improve with his potential.

He’s good on the ball, he’s strong and he is fast. It’s a good move for him to come here.

“He comes to a great environment in terms of professionalism, a winning mentality, so he can only contribute to that.”

Celtic are 2.70 to defeat Zenit in Glasgow. The Russians are 2.50 favourites to claim the first leg, while the draw at Celtic Park is 3.30.