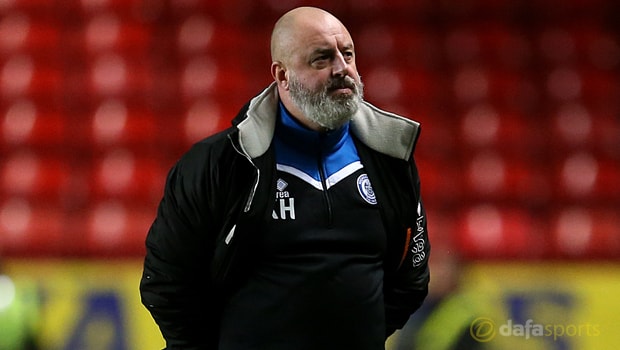 Rochelle, second from bottom in League One, overcame Millwall courtesy of Ian Henderson’s goal in their fourth-round replay at Spotland on Tuesday evening.

They now await the winner of the replay between Spurs and Newport County, which is being played on Wednesday evening at Wembley.

While Rochdale would hold stronger claims should Newport County stage a massive upset, Hill admits that facing Spurs is a carrot dangling for his club.

Tottenham are currently 61 places above Rochdale in the English football pyramid, but that doesn’t stop Hill dreaming.

“The finance is the stand-out reward – it’s a chance to dream and a chance to play against Premier League opposition if Spurs beat Newport,” he told reporters.

Their FA Cup run is a welcome relief for Hill and Rochdale, currently eight points adrift of safety in League One.

Regardless of their FA Cup opponents, Hill will be determined to try and replicate the win over Millwall when they entertain another struggling side in Fleetwood Town at Spotland on Saturday.

Tottenham are 6.00 to raise the FA Cup this season, while Rochdale are 501.00 following their fourth-round success.