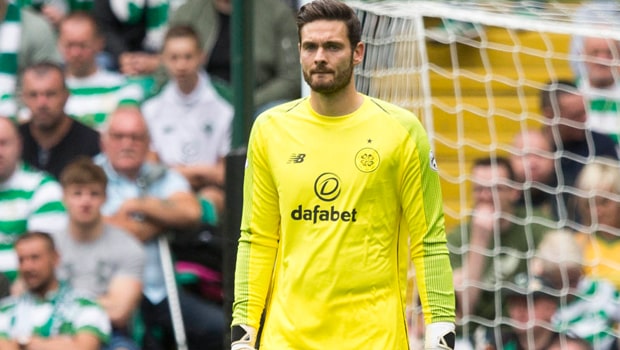 Celtic goalkeeper Craig Gordon admits he feels he has been ‘hung out to dry’ by Alex McLeish’s selection policy with Scotland.

Gordon and Rangers stopper Allan McGregor are vying for top billing under McLeish, now in his second spell as national team boss.

At the start of Scotland’s UEFA Nations League campaign, McLeish said the Celtic ‘keeper and Rangers counterpart McGregor would feature game-about, as he did not want to nail down a recognised number one goalkeeper.

Gordon has featured in friendlies against Belgium and Portugal, conceding seven times in two games. In between those Hampden Park friendlies, McGregor earned the nod for the 2-0 home win over Albania and a 2-1 loss in Israel, both in the Nations League.

Asked if he had been hung out to dry with recent games, Gordon said: “Yes – that hasn’t been lost on me but that’s the situation and those are the games I’ve been asked to play in.

“We lost seven goals in those matches but when you play against the best teams in the world there’s every chance that that will happen.”

The 35-year-old netminder says he’ll continue to give his best, however McLeish sees hit to deploy him.

“I want to play in every game but he [Alex McLeish] has his job to do. He’s going to pick the team and I’ll play whenever I’m asked to and support whoever else is playing when I’m not,” Gordon added.

A trip to Albania and a home clash with Israel await Scotland next month and Gordon knows exactly what is required from that double header.

“There are two games left and, if we win both of them, then we’re through to the next stage; it’s as simple as that,” said Gordon.

“That’s what we have to focus on – we need to lick our wounds from this and then bounce back with two victories.”

Meanwhile Gordon and Celtic are 1.40 to get three points when they face second-placed Hibs at Parkhead in the Scottish Premiership on Saturday.