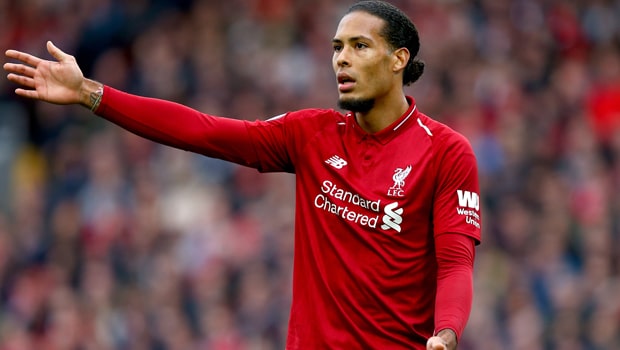 Liverpool have been handed a boost ahead of Saturday’s Premier League trip to Huddersfield with the news that Virgil van Dijk will be fit to play.

The Reds defender has been struggling with a rib injury picked up in the win over former club Southampton last month.

He featured in the scoreless draw with Manchester City at Anfield prior to the international break, conceding a late penalty for a trip on Leroy Sane, though Riyad Mahrez blacked the spot-kick over the crossbar.

Van Dijk then played and scored as Holland defeated Germany 3-0 in the Nations League on Saturday in Amsterdam.

The Dutch have however confirmed he will sit out Tuesday’s friendly against neighbours Belgium as a precaution.

Coach Ronald Koeman has told Liverpool not to worry as van Dijk will be fit to face the Terriers on Saturday, news that will come as a relief to Jurgen Klopp as his side looks to extend an unbeaten start to the Premier League season.

“Together we decided that he would only play against Germany. If you get something from a club, you sometimes have to give something back. He will be able to play for Liverpool again next week.”

Liverpool are already sweating over the fitness of Mohamed Salah, who returned early from international duty with Egypt, and Klopp could do without any other injury issues before the trip to the John Smith’s Stadium.

Star striker Salah limped out of Egypt’s 4-1 win over Swaziland last week with a “muscle strain” and although he was allowed to return to Liverpool straight away for treatment, it remains to be seen if he will recover in time to face Huddersfield.

Liverpool are 1.30 to win at Huddersfield and the Reds can be backed at 3.10 to win the title this season.