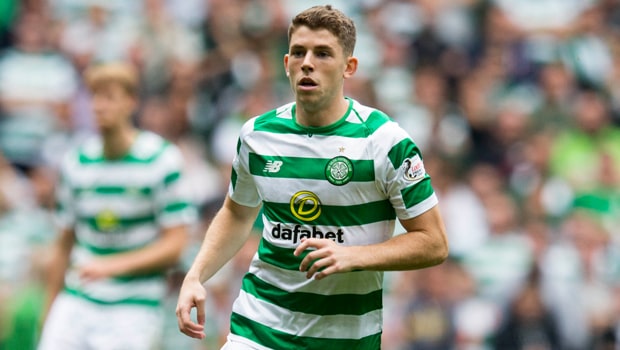 Celtic coach Brendan Rodgers admits he will be doing all he can to keep Ryan Christie after he produced a “sensational” display against Hearts.

The Hoops recorded a 3-0 win on Sunday during the Scottish League Cup semi-finals and Christie made a huge impact at Murrayfield.

The 23-year-old replaced fellow midfielder Olivier Ntcham at half-time and he won a penalty in the 53rd minute. Christie then netted in the closing stages and his performance will have caught the eye.

He is out of contract at the end of the season and Rodgers admits the 23-year-old is in his future plans.

“I thought Ryan Christie was sensational,” he said.

“Playing in midfield as one of the eights, his intensity, his quality, his pressing, everything.

“He is someone of course we would like to commit to. I think the club are talking to his representatives but I am not aware of any movement.

“My focus is on making him better and hopefully then the other stuff would sort itself out.

“But yes, definitely a player we would love to keep. He is a fantastic player. He is 23, a really good age now to have the personality to play at a really big club.

“It has been a process with Ryan. I felt when he first came, to give his best and work with the pressure he had to feel that pressure on a weekly basis and he felt that pressure [on loan] at Aberdeen, a great club with a really good manager for 18 months. “Since he has come back he has shown that.”