Celtic captain praises board for their excellent transfer moves

Posted by Akinnifesi Olumide on July 5, 2022 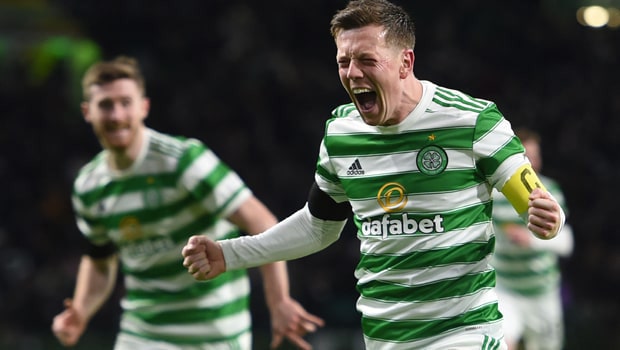 In the build-up to Celtic’s preparations for their preseason activities in Australia, club captain Callum McGregor has hailed the Celtic board for making quick moves in this summer transfer window.

All players have boarded the plane to Australia as they look to bond and prepare for the Scottish new season ahead. Players joining the tour to Australia include new signing Alexandro Bernabei, who joined from Argentine side Lanus, with ex-Dundee United shot-stopper Benjamin Siegrist.

In an exclusive interview with the club media, McGregor acknowledged Celtic board and manager Ange Postecoglou and revealed how excited the players are and the level of the high spirits in camp.”

“I must first commend the club for bringing in new faces and the manager making sure those on loan stayed with us permanently.”

“The spirit is high in the camp, and we’re all happy and expect the new season ahead, most especially in Europe.” He added.

Further quizzed about the new season ahead, McGregor emphasised that the team needs to work hard to defend the title and go far in Europe and revealed he trusts Postecoglou to take the team to greater heights.

The first game of the preseason will take place on July 6 (Wednesday), where Celtic will face Wiener Viktoria and Rapid Vienna on July 9 (Saturday), with a game against Banik Ostrava one week later.

It’s great to see how the Hoops squad remains in shape and building togetherness in the camp. The new faces are also a sign of brilliant progress made by Celtic; no wonder the captain feels delighted and looking forward to the season ahead.

For now, it remains unknown if there will still be more incoming at the club or not. However, things will become clearer in the coming days.