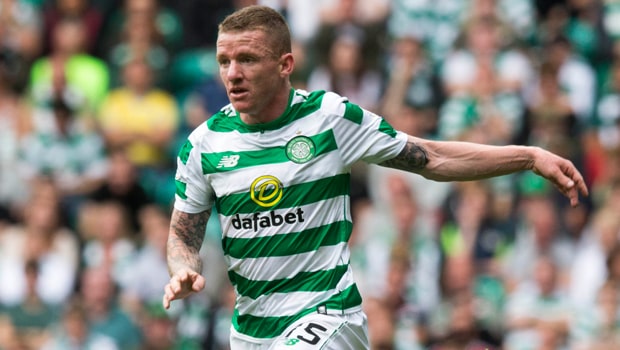 Celtic boss Brendan Rodgers is backing Jonny Hayes to face Rangers in the Old Firm game if Keiran Tierney is again ruled out.

Defender Tierney has missed Celtic’s last four games with a hip problem and is facing a race to be fit to earn a recall at Ibrox on Saturday.

Rodgers stressed that the club will give the Scottish international every chance to prove his fitness during the next 48 hours, but he has no doubts that if he fails to make it then Hayes will successfully step into the breach.

“I’ve know Jonny since he was 15, he has played a number of positions and can play wing-back or left-back. So he is pretty comfortable and has that speed and power to get forward,” Rodgers said. Hayes came on as a second-half substitute as Celtic continued their winning run by beating Aberdeen 4-3 at Pittodrie.

The game was tight, reaching half-time with the score level at 1-1. However, Scott Sinclair grabbed a hat-trick amid four goals in the last seven minutes to give the visitors their fifth successive victory at the Dons.

Rodgers was quick to praise his team’s character in bouncing back after the hosts had twice equalised.

“That’s how their mind is over these last couple of years,” he said. “We just focus on our job.

“You know that when you play Aberdeen in these games you have to fight. You have to show battling qualities, but you need to have calmness as well – and the players have that.

“I have no doubt that when a game goes against them they will keep playing and get their reward.”

Celtic now have a three-point cushion at the top of the Scottish Premiership over Rangers, with Kilmarnock moving into third after victory away at Motherwell.