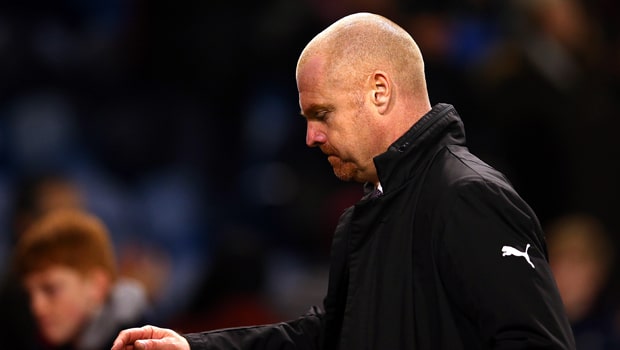 Burnley manager Sean Dyche has said his team are exactly where they deserve to be in the Premier League table after losing 5-1 at home to Everton.

The result leaves the Clarets deep in relegation trouble, third from bottom of the table and three points from safety.

Their attempt to pick up something from the visit of the Toffees was undermined when they conceded a goal within the first two minutes.

They were 3-1 down at half-time, with Ben Gibson getting their only goal, and afterwards Dyche conceded Marco Silva’s side started the stronger and deserved to win.

The season is turning into one of struggle and is quite a contrast to the previous campaign when Burnley finished seventh, qualifying for Europe for the first time in half a century.

Dyche, however, is not looking back, and will concentrate his efforts on the fight to get out of the bottom three.

He said in the aftermath of the Everton defeat: “It’s not about befores, it’s about nows. The games coming up are massive for our season.

“It’s not about concerns, it’s about realities – we are where we are because we haven’t deserved any better. We haven’t kept the margins tight enough.”

The five goals conceded on Boxing Day mean Burnley have now let in 41 in their 19 games so far, two more than the total conceded during the whole of last season.

They are back in action on Sunday when West Ham are the visitors to Turf Moor before the Clarets got to fellow strugglers Huddersfield on January 2.