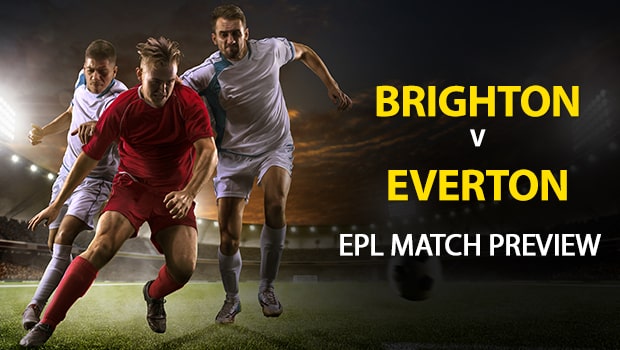 Brighton & Hove Albion have a quick turnaround this week as they get set to match up with Everton this Saturday following their 1-1 draw vs Arsenal on Wednesday.

Betting on the Draw: Odds indicate there’s a 29 percent chance the match ends in a draw. There’s a draw in over 34 percent of AccuScore sims, suggesting some added side value on the draw.

Mid-week Debacle: Arsenal’s ever-so-familiar in game substitutions didn’t have the intended effects on Wednesday as major defensive lapses led to a 1-1 draw in the Brighton-Arsenal match. One man’s ‘trash’ is another’s ‘treasure’ though as Brighton & Hove will use the result as a stepping stone to building an unbeaten streak.

Head to Head: These two sides last met in Premier League action in November 2018 when Everton got the 3-1 win.

Gylfi Sigurðsson has a 23 percent chance to net the ball this weekend for Everton. He averages 2.29 shots overall per sim, 0.80 shots on goal per and 0.26 goals per sim.

For Brighton & Hove, we’ll have our eyes on Florin Andone who has a similar 23 percent chance to score. Andone averages 1.38 shots overall per sim, 0.54 shots on goal per and 0.27 goals per sim.

Odds indicate there’s a 55 percent chance Brighton either wins this match or finishes in a draw. wins this match in regulation. That happens in 66+ percent of AccuScore sims. Offshore odds have Everton as the favorite, but AccuScore sim data has more of the value on either the draw or on Brighton.