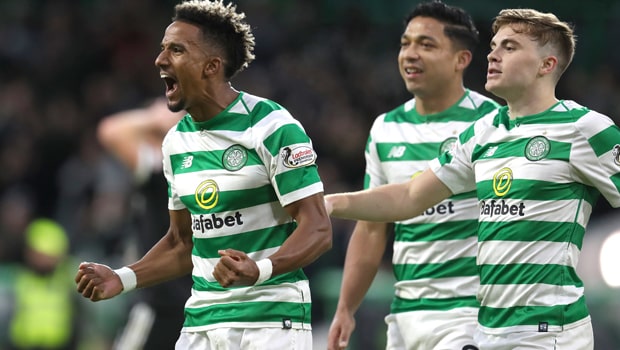 Callum McGregor believes Scott Sinclair has at times been a victim of his own success with Celtic.

The 29-year-old Englishman netted his eighth goal in seven games in the 3-0 win over Hamilton Accies at the weekend.

Sinclair has at times been questioned over his form, both by supporters and the media, but McGregor feels it is far from justified. After following Brendan Rodgers up from England, Sinclair enjoyed a spell-binding first season in Scottish football, scoring 25 goals in 50 appearances for the Hoops.

Last season he found the net on 18 occasions and on Saturday he took his tally for this season to 13 – just one behind Celtic’s top scorer Odsonne Edouard. McGregor insists that he has never been under any illusion as to just what Sinclair offers. “He is on an excellent run,” said the Bhoys midfielder.

“The thing with Scotty is that I keep hearing people saying that he is not playing well and yet he is scoring goals week in, week out for us.

“I think he set his standard so high in that first season when he was almost unplayable at times.

“There isn’t a player in the world who doesn’t take a dip at some point but he has always chipped in with goals and assists.”

McGregor feels that Sinclair is playing with real confidence once more and, he says, that can only be positive for the champions as they go about trying to secure a treble-treble.

“As players we always know what he brings and how important he is to the team. But I am delighted for him because he definitely looks as though he is bang on form again and that is good news for us,” McGregor added.

Celtic are 6.50 to beat St Johnstone 3-0 on Wednesday evening in Glasgow, while Sinclair can be backed at 7.50 to score two or more goals in the game.