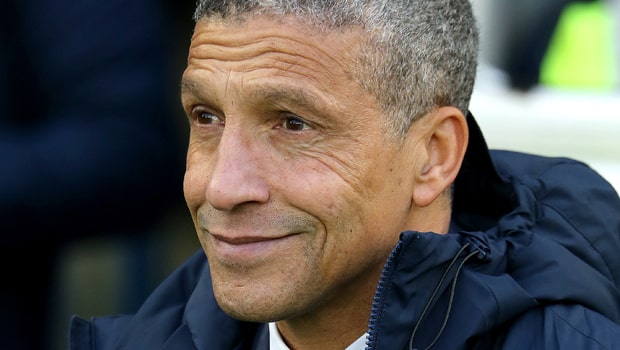 Brighton boss Chris Hughton says he faces a tough decision now that first-choice goalkeeper Mat Ryan is back in contention for his gloves.

With Australia having been knocked out of the Asian Cup, Ryan will be available for selection against Fulham on Tuesday night at Craven Cottage.

Ryan hasn’t featured since a 1-1 draw with Arsenal at the Amex Stadium on Boxing Day. In the interim, David Button has been between the posts for games against Everton, West Ham, Liverpool and Manchester United in the Premier League.

Hughton feels his understudy has come in and done well and, while Ryan was back training with his team-mates on Sunday, there’s no assurance that he’ll regain his place immediately.

“I haven’t named the team for tomorrow yet, and I have a decision to make now in the goalkeeping position,” Hughton stated.

“Maty Ryan trained yesterday and he will do again today – he’s fine and fit. David Button has come in and done very well and taken his chance.”

The Socceroos were beaten in the Asian Cup quarter-finals by host the United Arab Emirates. Ryan’s certainly in line to join the squad that will face struggling Fulham but Hughton has confirmed that Jose Izquierdo and Bernardo remain sidelined for the Seagulls.

“Bernardo is very close to being back fit – we anticipate he’ll train on Thursday,” he said.

“He’s done good rehab work and made a good recovery – it’s about when we feel he’s ready for matches.”