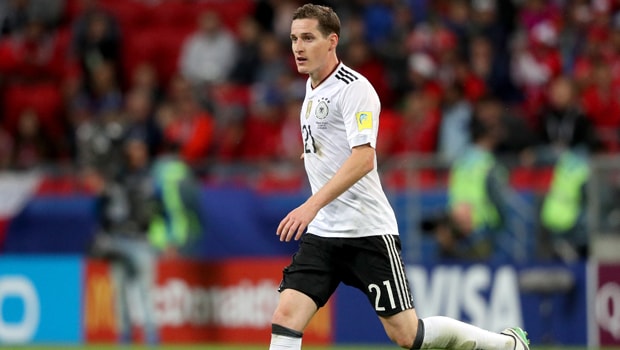 The 28-year-old only joined Bayern from Hoffenheim last summer, but he struggled to hold down a regular first-team place during what proved to be his only season in Bavaria.

Rudy’s first-team chances were expected to be limited further following Leon Goretzka’s arrival from Schalke and he has now become the man to replace his international colleague in Gelsenkirchen, joining Domenico Tedesco’s side on a four-year deal for a reported €16million.

Schalke finished second in the Bundesliga last season, although they started the current campaign with a 2-1 defeat at Wolfsburg last weekend.

Despite that result, Rudy is convinced he has made the right decision by moving to the Veltins-Arena.

“I’m convinced of the way the club wants to go and would like to be a part of it,” Rudy told Schalke’s website. And I’m really looking forward to the fans and the atmosphere at Schalke.”

Tedesco is also excited by Rudy’s arrival and he believes the midfielder can have an immediate impact on his side. “We are happy to have Sebastian for our journey here at Schalke,” Tedesco said.

“We get a very smart and technically savvy player in the squad, who has already proven his skills internationally.

“We are certain that with his qualities and experiences he will enrich our sometimes very young team and can help us directly.”

Rudy could make his Schalke debut in Sunday’s Bundesliga clash with Hertha Berlin on home soil.

The Royal Blues are priced at 1.80 to secure all three points from that contest, while Hertha are available at 5.00 and the draw is on offer at 3.40.