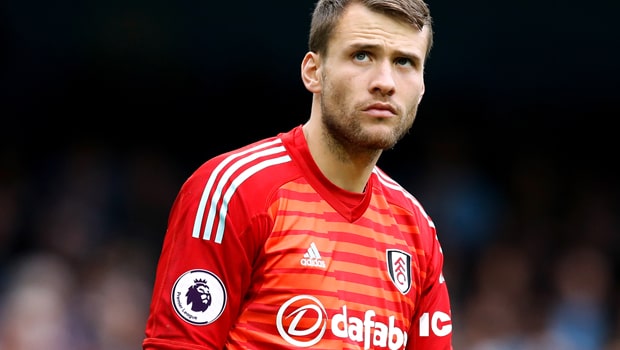 The Cottagers sit 15th in the table after five games, having managed one win, a draw and three defeats so far.

Most Fulham supporters would likely accept their current perch come season’s end but goalkeeper Bettinelli feels they have already shown enough to warrant looking beyond merely beating the drop at all costs.

“We have to aim higher than that,” he said. “If our only aim is to stay in the league then we won’t do ourselves justice.

“We have to aim high. You look at Burnley last season, what you can achieve if you believe and put the hard work in. We’re a good side, we showed that against Burnley in our last home game. “We’re optimistic we can aim high and start to move up the table.

“That will mean hopefully when it comes to the last three or four games of the season, we are not still fighting to avoid relegation. Hopefully we’ll be mid-table, that’s what we need to aim for.”

The 3-0 weekend loss at Manchester City did not dampen Bettinelli’s spirits too much, given what Pep Guardiola’s side have achieved over the last 12 months.

Conceding to Leroy Sane so early in the contest rather shattered the game plan for the Etihad Stadium test. “They’re a fantastic side,” he admitted.

“They did what they did last year for a reason. Our game plan was to try to keep them quiet for the first 20 minutes.

“It didn’t work. We made a mistake early on and got punished. That’s what happens when you play against teams like this.

“But there will be a lot of teams who go there and get beaten. We have to go again, we can’t get too disappointed.”

Fulham get the chance to rebound on Saturday, when they are 2.38 to defeat Watford at Craven Cottage. The Hornets are 3.00 while the draw is priced at 3.50.