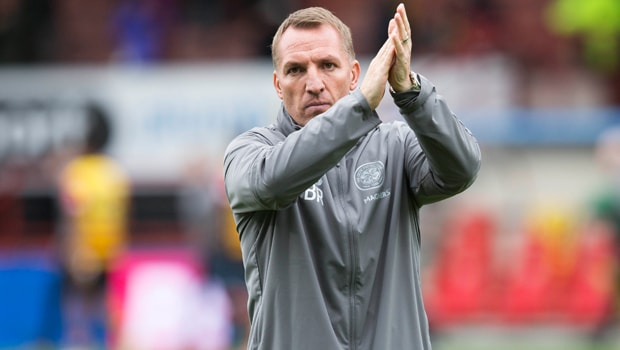 Brendan Rodgers has admitted that Celtic’s defending has become a “real, real concern” following another poor goal conceded in their Europa League qualifier in Lithuania.

The Scottish champions conceded from a simple set-piece in their 1-1 first-leg draw against Suduva.

Celtic will remain strong favourites to progress into the group stages, but Rodgers is worried about their defending.

Soft goals were the undoing of Celtic’s Champions League hopes as they fell to AEK Athens this month and the Parkhead boss wants to see more pride being taken in their efforts.

“We gave away a soft goal. That is a real, real concern now. We are not giving away many chances but we don’t defend the set-piece well enough,” he said.

“It’s an away European goal (Celtic scored), we go back next week to finish the job, but as I’ve said before I look to the performance level and we weren’t quite where we would want to be.”

Celtic dominated possession, though they didn’t manage to flow in attack. With Rangers looming next weekend, it is giving Rodgers headaches. He clearly remains irked by the AEK Athens setback, and wants plenty more from his defence.

“There are numerous answers to this. Whilst you work with what is here, you have to try and improve it, make it better. For me, it’s a level of concentration, a pride in your defending and an aggression in your defending,” he added.

“In our last round [against AEK] we had four shots on our target over two games which showed we were the better team and we conceded three goals. It has to stop. That is something we have to work very hard on and analyse.”

Celtic are 1.50 to keep a clean sheet in Sunday’s Scottish Premiership game against Hamilton at Celtic Park, where they are 1.36 to win conceding a one-goal handicap.