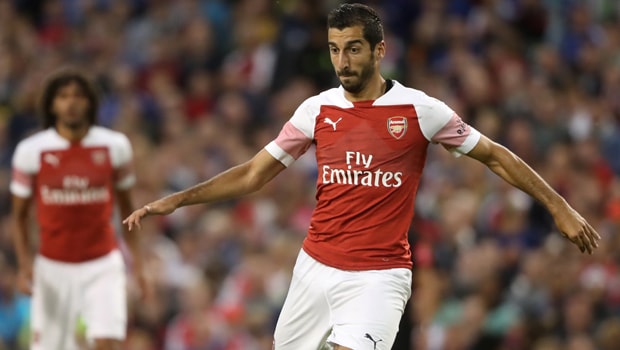 Henrikh Mkhitaryan feels Arsenal must be given some time to adapt to the methods of new manager Unai Emery.

The Gunners have lost their opening two league matches for the first time since 1992 – going down to champions Manchester City and London rivals Chelsea.

Emery was named successor to Arsene Wenger as Arsenal boss in May, having left French champions Paris St-Germain after guiding them to the Ligue 1 title.

Having arrived from Manchester United in January as part of a deal that saw Alexis Sanchez going the other way, the Armenian international suggests time is required for Emery to stamp his seal on the Arsenal squad.

“We have a new manager and are trying to adapt to his philosophy and also his demands,” said Mkhitaryan.

“It has been a tough start of course – we faced two good teams in Man City and Chelsea – but you don’t have any easy opponents in this league.

“We lost the first game and the second one as well. But that’s football. We just have to stay positive and continue working hard and the good results will come.”

The critics haven’t been slow to aim their issues at Arsenal but Mkhitaryan says he doesn’t require anyone outside the group to tell him what needs improving.

“I’m the worst critic in my football game and I don’t need extra criticism,” he told BBC Sport.

“I know very well what I am giving to the team and what the team gives me.

“We don’t feel any pressure. We are not thinking that something is going wrong because we are moving in the right way even if we lost two games.”

Arsenal are 1.36 to get their first win on Saturday when West Ham visit the Emirates. The Hammers are 7.50 while the draw is 5.25.