Posted by Robert Morris on September 9, 2017 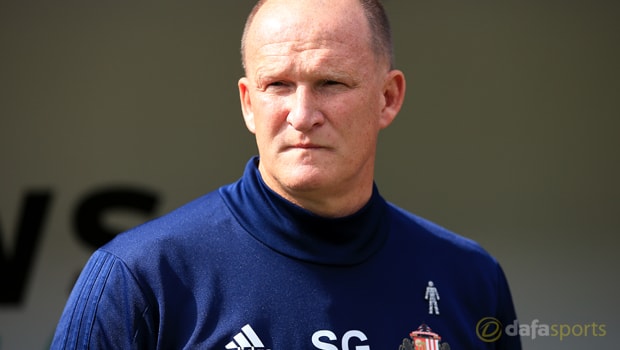 Sunderland manager Simon Grayson has confirmed the three deadline-day arrivals will play some part in Saturday’s clash against Sheffield United at the Stadium of Light.

However, after winning just one of their opening five Championship matches this season, Grayson knew more reinforcements were needed and he managed to take his tally of new players to 10 before the deadline.

All three are hoping to feature against the Blades, who are yet to pick up a win on the road this term, after the Black Cats boss confirmed they will all be in the match-day squad.

He told the Sunderland Echo: “I’m pleased with what we did on deadline day. I think when you look at the level of quality we brought in, three very talented players.

“The new players have done a lot of pre-season, played Under-23 football, all three will certainly be in the 18 in some description.”

Sunderland, who are 34.00 to win the Championship, are 2.15 favourites to pick up all three points. The draw is priced at 3.40 while the Blades are also 3.40 to come away with the win.

Chris Wilder’s men, who are 41.00 to lift the title, have started the season well, winning three of their five matches, and are currently sitting fifth in the Championship table.