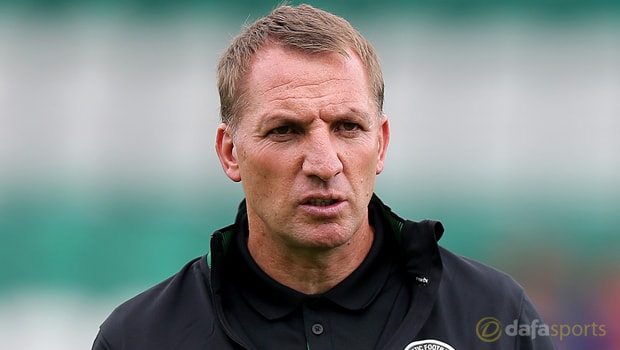 Brendan Rodgers is confident Celtic have the quality to beat Rosenborg on Wednesday, but he is wary of the threat the Norwegian champions possess.

The two teams played out a goalless draw during the first-leg of their Champions League third qualifying round tie at Celtic Park last week, leaving the contest firmly in the balance ahead of the return match in Trondheim.

Rodgers believes keeping a clean sheet in the first-leg was the most important thing for Celtic, although he is expecting an equally tight contest this time around.

“We kept a clean sheet and home or away in the second leg, that is important,” said Rodgers.

“I said before the game last week that it wouldn’t be won in that game. There is still another game to play, in Rosenborg. We expected another tough game tonight.”

Celtic did not have a fit and available striker for last week’s match, but Rodgers should be able to call upon Leigh Griffiths in Norway as the Scotland international, who was suspended for the first-leg, has shaken off a calf complaint.

Rodgers believes that extra fire power will boost his side and he is confident they can do the business, even though they are facing a team that are already halfway through their domestic season.

“We know we can score the goals that we need to qualify but we respect Rosenborg as a team halfway through their season,” Rodgers added.

“They have good quality and they will be a really tough opponent for us.”