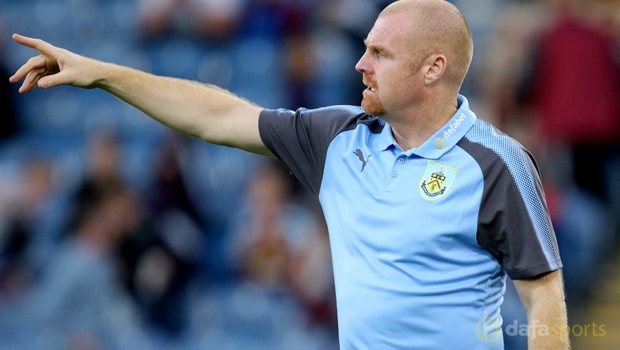 Burnley boss Sean Dyche was pleased with his side’s performance during their 2-2 draw with Celta Vigo in a pre-season friendly on Tuesday night.

Goals from Robbie Brady and Jeff Hendrick earned the Clarets a share of the spoils at Turf Moor, as they maintained their unbeaten run in pre-season.

Dyche was pleased with the way his side equipped themselves against the La Liga outfit, who dominated possession at times, and he believes the match will stand them in good stead for the upcoming Premier League season.

“It was a good workout and I was really pleased because we choose these clubs according to some of the challenges we face,” the 46-year-old said.

“I think it’s fair to say they were an extreme case of total football, but there are certain teams in the Premier League who try to play that way, by constantly passing.”

Burnley will kick-off their new league campaign when they take on champions Chelsea at Stamford Bridge on August 12 and Dyche admits he does not know which players will start that match, as competition for places begins to hot up within his squad.

“The side is still not chosen for the season and I think it will be closer this year,” Dyche added.

“Usually I have a fair shot at what I think the team will be, but this season there’s a few places still up for grabs and as a group they have laid down some good markers this pre-season.”

Burnley, who will face German outfit Hannover in their final pre-season match on Saturday, finished 16th in the Premier League last season and they are priced at 2.25 to be relegated this time around.