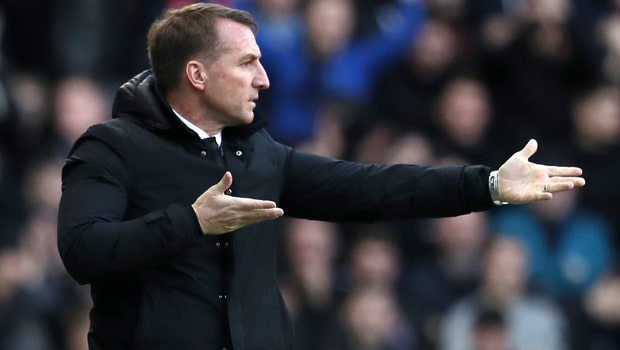 Brendan Rodgers has indicated the club won’t be making an expensive marquee signing during this transfer window because Celtic’s power-brokers won’t change their business model.

The Bhoys are under threat from Rangers and Kilmarnock in their pursuit of an eighth successive Scottish Premiership crown.

Steven Gerrard’s Light Blues gained a vital victory over Celtic at Ibrox in the final game before the winter break, leaving Rangers tied with their city rivals at the top of the table – though Celtic have played a game less. Asked whether a big money transfer was a possibility this month, Rodgers ruled it out.

“I don’t think that’s how Celtic works. The model of the club is value and maximising that value and talent and development and see it grow at the club. The young players that have come in fit that model,” he said.

Oliver Burke and Timothy Weah, both on loan have been joined by young striker Vakoun Issouf Bayo, signed for £2million, already this month. Rodgers accepts that is the market the Hoops are seeking to plunder, and he hopes the trio can boost his chances of further domestic bliss.

“My job was to develop that [model], increase that talent within and hopefully they can come in and do a great job for Celtic. Whether they are loan signings or a permanent signing,” he added.

Rodgers is hoping to make at least one more addition to his squad and perhaps more if the right player becomes available.

“Ideally we’d make more signings. I think there are still positions where we would like to get folk in. But we needed to improve the squad, there was no doubt about that.

“The second part of the season is about bringing in more of an offensive threat and giving us more options,” he added.

Celtic are 1.22 to win the Scottish Premiership this season, while Rangers are now 4.33 after their recent push.