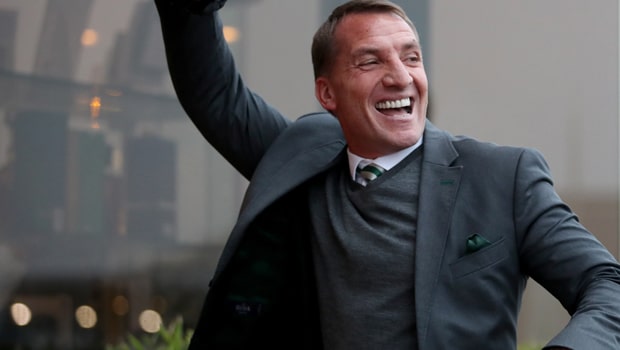 Brendan Rodgers believes Celtic have improved since their last meeting with St Mirren, with the two teams set to go head-to-head in the Scottish Premiership on Wednesday.

The Bhoys made a winning return from the winter break by comfortably seeing off Airdrieonians in the Scottish Cup on Saturday and they will now be hoping to maintain that form when they welcome St Mirren to Parkhead.

The two teams played out a goalless draw at St Mirren Park earlier in the season, with Celtic having to play much of that match with 10-men following the sending off of Olivier Ntcham.

Rodgers admits his side found the going tough during that encounter, but he believes they are in much better shape ahead of Wednesday’s contest on home soil.

“In the game earlier in the season, we dominated but we weren’t so much of a goal threat,” Rodgers told reporters.

“We lost Olivier in that opening part of the game, but even with 10 men we had a lot of possession.

“The team is in a different place now in terms of the quality of our game. What the players have become very good at over these last few seasons is coping with teams who sit in deep.”

Celtic will head into the match sitting top of the Premiership standings, all be it only on goal difference from Old Firm rivals Rangers, who are also in action on Wednesday, but they face a difficult looking away clash against high-flying Kilmarnock.

The Hoops will certainly fancy their chances of at least preserving their advantage at the top of the table and they are priced at 1.08 to secure all three points against St Mirren, who are available at 34.00, while the draw is on offer at 9.50.