Brendan Rodgers insists Moussa Dembele is ‘not for sale’ 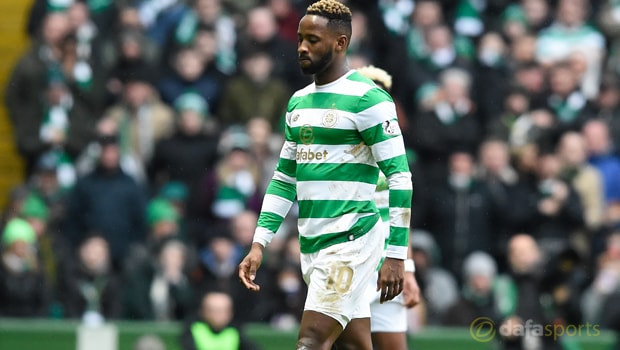 Celtic manager Brendan Rodgers says star striker Moussa Dembele has not asked to leave the club and is ‘not for sale’ during this transfer window.

The 21-year-old French attacker has been benched by Rodgers for Celtic’s last two games, with the Parkhead boss admitting he feels Dembele may be affected by the transfer talk surrounding him.

Rodgers however insists that Dembele has given no indication that he wants to leave the Scottish champions, while only one bid has come in this month – and it failed to match Celtic’s valuation of their player.

“We have had one official bid for him that is nowhere near the value of what the value of Moussa is,” said Rodgers.

“But equal to that we have no interest in selling him. Moussa has never once asked to leave Celtic.”

Dembele was signed from Fulham on a free transfer in the summer of 2016 and scored 32 goals in his debut season, helping Rodgers and Celtic to an unprecedented clean sweep in Scotland during which they were unbeaten.

He is under contract with the Scottish champions until the summer of 2020.

Rodgers makes no secret of the fact that Dembele came to Glasgow for Champions League football and the exposure it would likely bring him. The Celtic boss says he will move on when the time is right, but that is not now.

“We brought him here as a talented young player at 19 and he has shown that talent,” said Rodgers.

“He has come in with a plan: his agent, himself and I know what the plan was but he has never asked once to leave.

“He is an extremely talented young player. Naturally, we said a few weeks ago about a little bit of focus but it’s only natural. But he has trained, he is working well, is working hard and he is available.