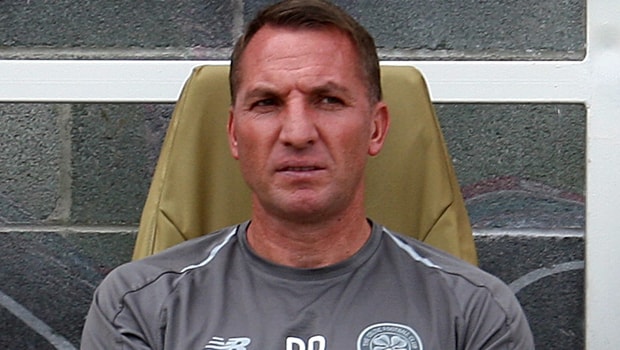 The 19-year-old, who made three substitute appearances for his country at this summer’s World Cup, is expected to complete his move to Manchester City from Melbourne City over the coming days and it has been widely reported that he will then join Celtic for an extended loan period.

Rodgers confirmed that the Bhoys are in talks with Man City and Arzani over a potential loan move and he is excited by the prospect of working with the highly-rated youngster.

“He is, I believe, finalising his deal with Manchester City and in talks with ourselves to come in, as a possibility,” Rodgers said of Arzani.

“He is another exciting young talent and we will see if we can get that organised in the next few days.”

The former Liverpool boss was speaking following his side’s 3-1 victory over Livingston in their Scottish Premiership opener on Saturday, but the Bhoys will now turn their attention back to the Champions League, as they will face AEK Athens in the first leg of their third qualifying round tie at Parkhead on Wednesday.

Rodgers confirmed the deal for Arzani could be concluded before that match, but he does not expect the playmaker to be available for a number of weeks, as he has been on an extended break following his exploits at the World Cup.

“It (his debut) is not going to be (before) midweek,” Rodgers added.

“He has just flown in, he hasn’t trained. He has obviously been at the World Cup so he will need to be in for a couple of weeks before he gets up to speed.”

Celtic are priced at 1.80 to claim a first-leg advantage during Wednesday’s clash with AEK Athens, while the Greek team are available at 4.50 and the draw is on offer at 3.30.