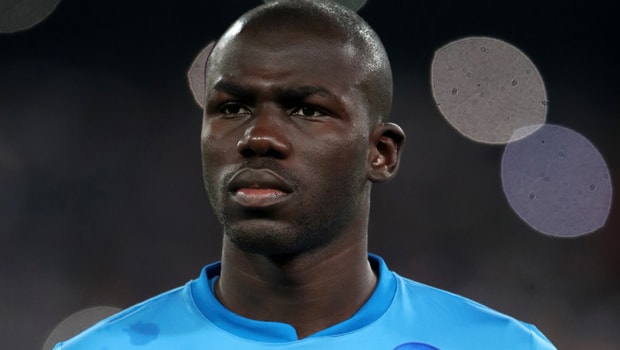 Napoli have received a boost ahead of the new season as defender Kalidou Koulibaly has signed a five-year contract extension.

The Senegal international has been an influential figure at the Stadio San Paolo since joining from Belgian club Genk in 2014 and he has played a major role as the Partenopei have finished in the top three of the Serie A standings in each of the last three years.

Indeed, the 27-year-old’s form has been so impressive that he has been consistently linked with a move away from the club over recent years, with Chelsea reportedly showing the biggest interest, particularly now they are managed by former Napoli boss Maurizio Sarri.

However, Koulibaly has now ended the speculation regarding his future, with Napoli president Aurelio De Laurentiis confirming the centre-back has put pen to paper on a new five-year deal.

“He has renewed with us for the next five years,” De Laurentiis said.

“He is the best in his role.” De Laurentiis went on to confirm that Napoli have previously turned down an £82million offer for Koulibaly, while as many as three clubs have expressed an interest in the defender over recent times.

“There were three teams ready to take him, but we kept him. Let’s enjoy this team, there are those who work for us and are ready to give everything to win.”

News of Koulibaly’s contract extension will give Napoli a huge boost ahead of the start of the new Serie A season.

The Partenopei have not been crowned champions of Italy since 1990 and are priced at 7.00 to end that wait this term.