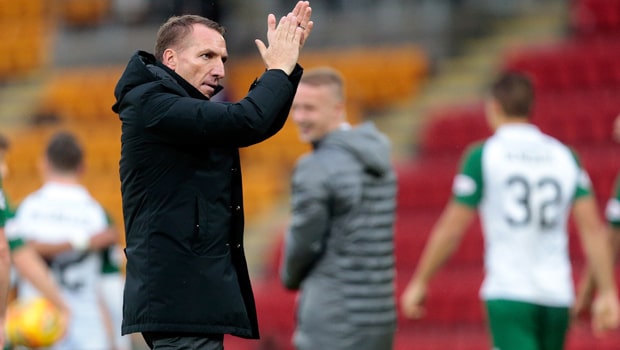 Brendan Rodgers remains happy at Celtic after being linked with a move to Aston Villa, with the Parkhead boss revealing he hasn’t been approached by the Midlands club.

After watching Celtic demolish St Johnstone 6-0 at McDiarmid Park on Sunday – the biggest win of his tenure at the Hoops – the former Liverpool boss was quizzed on the Villa vacancy.

“You get linked to a number of things,” said Rodgers. “When clubs need a manager there is always a raft of names mentioned.

“It’s a huge club, it’s a Premier League club, great facilities. I said it before when young John McGinn was going. Brilliant support base, good history. But I’m sure they will know who they want to go in there.

“I’ve got a great job here, a very exciting challenge this season.”

Rodgers said there had been no contact with Villa, who are also said to be interested in having Thierry Henry as their next manager, while adding that “you can’t rule me out because I’ve never been asked”.

James Forrest netted four first-half goals in the win at St Johnstone, with Rodgers praising the Scotland winger for his part in the victory in Perth.

Forrest was sent off in Thursday’s Europa League loss to Salzburg in Austria, but showed his mental resolve to come back from that setback.

“James has had an eventful week, that’s for sure but it shows you his mentality,” said the Celtic manager.

“Something I’ve noticed in the last couple of years, that desire and will to want to score goals is important. His job is to create and score and he has done that exceptionally well.”

Celtic are 1.22 to win the Scottish Premiership title this season, with current table-toppers Hearts 21.00 following their loss to Rangers on Sunday.