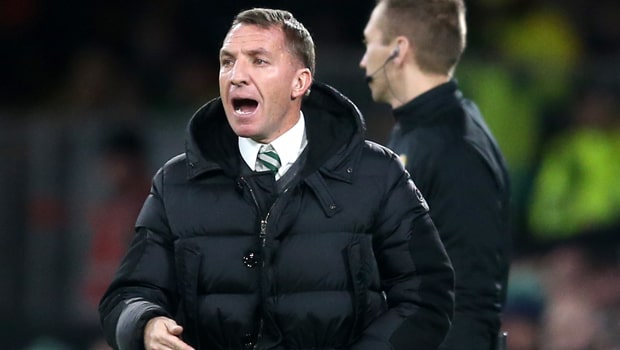 Brendan Rodgers heaped praise on his Celtic players after they thumped Kilmarnock 5-1 at Parkhead to go top of the Scottish Premiership.

The Ayrshire club led the division at kick-off but found themselves struggling as he Hoops turned on the style to lead 4-0 by the interval.

Just as Hearts had come to the champions early last month as league leaders and got on the end of a five-goal demolition, Kilmarnock were served a reality-check in Glasgow’s East End.

Substitute Eammon Brophy did response from the penalty spot shortly after the break, but Forrest notched his second and Celtic’s fifth to complete the rout.

Rodgers had been critical of Celtic’s standards following a 1-1 draw with Motherwell at Fir Park in midweek that allowed Killie go top of the pile, but he had nothing but praise for his team this time around.

“We knew we had to play at a high level to get a result. The players deserve a huge amount of credit because of the quality of the football we played,” said the Celtic manager.

“When we got the other side of Kilmarnock’s midfield our quality in the wide areas and in the centre got us some fantastic goals. All in all it was an outstanding team performance.”

Opposite number Steve Clarke admitted that his side were outclassed by the champions at times, though he felt there were mitigating factors for that.

“I thought Celtic were terrific first half. They were sharper than us and a little bit brighter,” said Clarke.

“A big factor in that would be that they had seven fresh players all rested during the week and good to go and I’m flogging my back four. Now we can give them a rest and get ready to go again.”