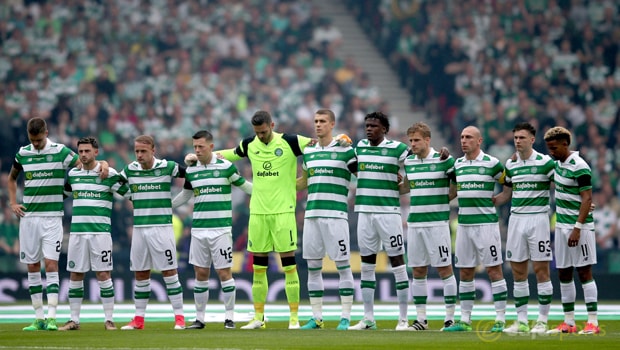 Celtic are set to face Sunderland on Saturday July 29 with the Dafabet Cup up for grabs in a game that also celebrates the 20th anniversary of the Stadium of Light.

The game will mark the first pre-season friendly to be staged at the stadium since 2008 and will see Brendan Rodgers’ treble-winning Hoops tackle Sunderland ahead of their upcoming campaign in the English Championship.

Sunderland’s Stadium of Light home hosted its first game on July 31, 1997, representing the beginning of a new era in stadium building in the UK.

Kevin Ball, who skippered the Sunderland side in that first game against Ajax, is delighted that Celtic will be visiting next month to mark the occasion.

“To have Celtic here to celebrate the 20-year anniversary, almost to the day, will be a very special occasion for everyone involved with Sunderland AFC,” said Ball, now an ambassador for the club.

Celtic started their pre-season campaign by Austrian side BW Linz 1-0 on Wednesday evening. They will face further games against Rapid Vienna, Slavia Prague and Shamrock Rovers prior to taking on the Sunderland side for the Dafabet Cup.

In between, Rodgers’ side will begin their journey towards the Champions League group stages by playing their second qualifying round tie, home and away.

Celtic were drawn against Linfield or La Fiorita, with the away leg due to be played first, on 11 or 12 July, and the home leg to be played at Celtic Park on 18 or 19 July.

The Northern Irish champions won the first leg 1-0 on Wednesday evening, courtesy of a last-minute goal from Jordan Stewart.

Should they progress next week in San Marino, Linfield will host Celtic in Belfast on Friday July 14, due to security concerns surrounding what would be a high-profile clash.

Sunderland are 15.00 to win the Championship title next season.