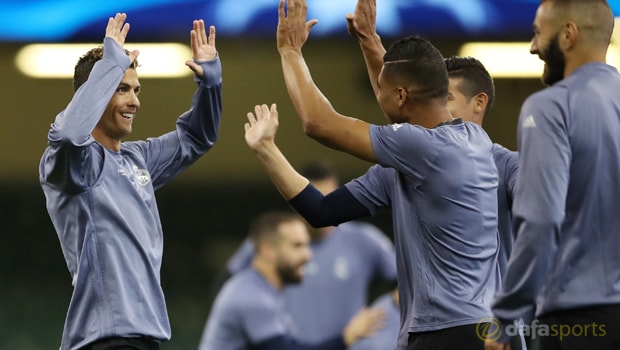 The Portuguese superstar has been the subject of much speculation this summer amid rumours that he wants to leave the La Liga and European champions.

Ronaldo has been heavily linked with a return to Manchester United after being “outraged” by what he feels is unfair treatment by Spanish tax authorities investigating his affairs, making him determined to leave the country.

Ronaldo signed a new deal with Real in November until 2021 and while Perez admits there is an issue that will have to resolved now that Portugal have been knocked out of the Confederations Cup, he is attempting to play it down.

Perez said on El Primer Palo radio: “I have spoken with (Ronaldo’s agent) Jorge Mendes and there is no need to worry about anything else. With Cristiano, you have to wait, he’s angry, he is hurt.”

Monaco forward Kylian Mbappe is a rumoured target for the Spanish giants and while Perez says it is only speculation for now, he conceded that manager Zinedine Zidane has a special relationship with the youngster.

“The summer is very long, Zidane has had a close relationship with him for several years,” he added.

“But very few players play at Real Madrid at the age of 18. He should have patience, the coach has it in his mind.

It’s not worth saying if we are going to bring in players who could be on the bench.”

Real Madrid are 1.91 to retain their La Liga title next season, with Barcelona 2.00 to regain top spot in Spain.