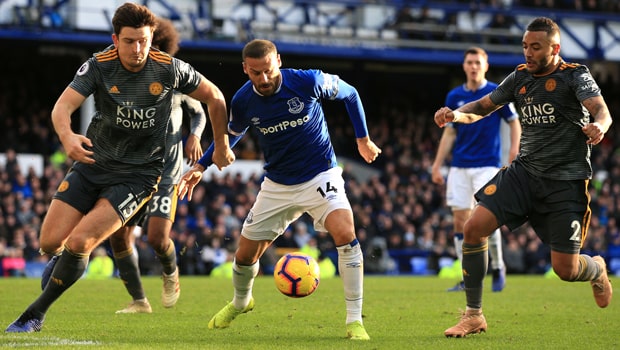 Harry Maguire admits Leicester City would have jumped at the notion of three wins from four festive Premier League games.

The Foxes’ schedule over Christmas and the new year looked anything but straightforward but they earned a fine return of nine points from the 12 on offer, picking up impressive wins over Chelsea, champions Manchester City and most recently Everton on New Year’s Day.

The letdown was a shock reverse at home to strugglers Cardiff City on December 29, but, assessing the four-game sequence as a whole, England central defender Maguire admitted any Leicester player would have settled for their lot.

“The one we were favourites to win (Cardiff) we get beat in but it’s a good return and it’s put us in a position in the league that we want to stay in now.”

Leicester are now seventh in the table, with a two-point cushion over Watford and Wolves behind them, and this weekend they face Newport County away in the FA Cup.

Jamie Vardy’s second-half strike earned all three points against Everton on New Year’s Day and, while Maguire admitted it wasn’t a game for the purists, he felt Leicester had done exactly what was required on a tough away-day at Goodison Park.

“It wasn’t the greatest game, it was a bit scrappy,” said Maguire.

“We’re the away team, it’s a typical great away team performance.

“We were really solid, we didn’t concede many chances at all and we always caused them a few problems on the break, especially in the second half.”

Leicester are 1.29 to beat Newport County on Sunday and 21.00 to lift the FA Cup this season.