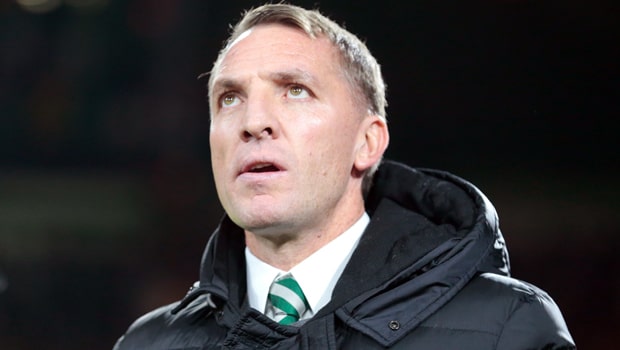 Celtic have been knocked back after making an approach for Dunajska Streda striker Vakoun Issouf Bayo, according to the Slovakian club’s sporting director.

The Scottish champions are facing a more serious challenge in the title race this season with Rangers, Kilmarnock and Aberdeen all in contention.

Celtic currently top the standings but only on goal difference from Rangers, who are priced at 4.50 to win the Premiership, although they have a game in hand on their Old Firm rivals, while Kilmarnock are one point further back.

Brendan Rodgers has stressed the need to reinforce their attacking line this month and they have already made a move for Ivory Coast international Bayo.

The 21-year-old has impressed in Slovakia this season with 18 goals in 23 appearances and Celtic are keen to add him to their squad.

Following Leigh Griffiths’ decision to take time away from the game to deal with ongoing personal problems, Celtic have been left with just one recognised striker in Odsonne Edouard.

However, it appears they will have to put together a more lucrative package to acquire the services of Bayo after sporting director Jan Van Daele revealed a bid had been rejected.

Van Daele told Sky Sports: “We confirm we have received a bid from Celtic but refused the bid as it did not match our expectations.

“We are in direct contact with Celtic club officials and we are open to negotiate with Celtic.”

Meanwhile, Celtic have been handed a boost in their hopes of retaining the services of Leicester loanee Filip Benkovic. The defender joined on a season-long deal over the summer and Foxes boss Claude Puel isn’t looking to recall the defender this month.

Puel told BBC Radio Leicester: “If we don’t get any injuries, it’s better Filip maintains his loan at Celtic.”