Posted by Vincent Henderson on January 3, 2019 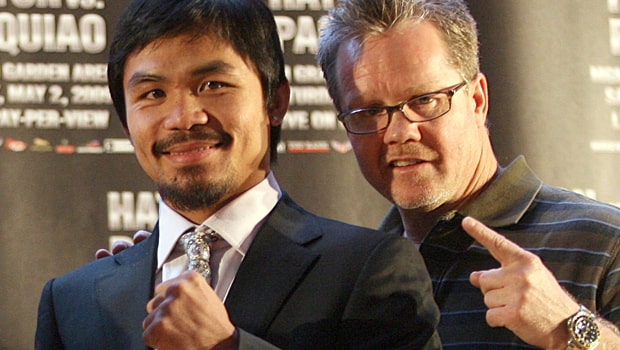 The Filipino fighter lost his WBO welterweight belt to Jeff Horn via a unanimous decision in July 2017 but he quickly returned to world title level last year.

Pacquiao, who was urged by many to retire after failing to overcome Horn, bounced back with a stunning knockout of Lucas Matthysse to claim the WBA strap in Kuala Lumpur.

It was the first time Pacquiao had claimed victory via KO in nine years and the 40-year-old is targeting a similar outcome when he faces Broner at the MGM Grand Garden Arena in Las Vegas on January 19.

Pacquiao said: “I am not making a prediction but my goal is to knock out Broner.

“I am looking for a knockout against Broner. I have to maximize the opportunity. I forgot how much fun winning a fight by knockout was until I stopped Lucas Matthysse last summer to win the WBA welterweight title.

“It felt great to win that way and the fans loved it too, so why not try for it again? I have nothing personal against Adrien Broner. This fight is strictly business. He is fun. He makes me laugh. He knows how to sell himself and to sell a fight.”

Pac-Man returned to the US to start his training camp on Christmas Eve and Roach has been impressed with his work ethic once again. He believes Pacquiao will mentally exhaust Broner and has backed his man to wear out his opponent by the midway point.

“I think experience has made Manny a better fighter,” he said.

“He still trains harder than anyone. I like Broner as a fighter. I think he has excellent boxing skills.

“But Broner has never faced anyone like Manny. Broner will be mentally exhausted within four rounds and physically spent within six. It will be impossible for Broner to keep pace with the Manny Pacquiao of this training camp.”

Pacquiao can be backed at 1.36 to successfully defend his title, while Broner is priced at 3.40 to come out on top, and the draw is available at 17.00.