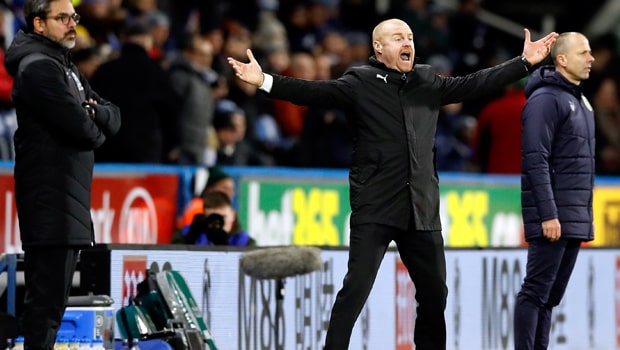 Sean Dyche believes Burnley are finally starting to grow in confidence after claiming back-to-back victories in the Premier League.

The Clarets have struggled to match last season’s domestic exploits and find themselves in danger of being relegated.

However, successive victories at home to West Ham and away at Huddersfield Town have propelled the Lancashire side up to 16th, although they are only two points clear of the drop zone.

It is the first time that Burnley have won consecutive league games since September, having claimed a crucial three points courtesy of a 2-1 win over Huddersfield on Wednesday, and Dyche is hoping his men can continue building momentum.

“We aren’t flying at the moment like last season, but the confidence is building,” he said.

“We had one real blip against Everton but the performances recently have been decent. “We’ve still got more to do and I reminded the players of that, but I’m pleased for them.

“It’s not easy to win back-to-back games, especially home and away. We’ve had a few false starts this season but the signs are getting better of the team remodelling itself.

The mentality and physicality is getting stronger again. “You soon forget that after five games we had one point and were bottom of the league. So we have been climbing but we have to continue putting in performances to look after ourselves.”

Burnley are priced at 2.50 to make it three wins on the bounce when they return to action at home to Fulham, who can be backed at 3.00, on January 12 while the draw is available at 3.20.