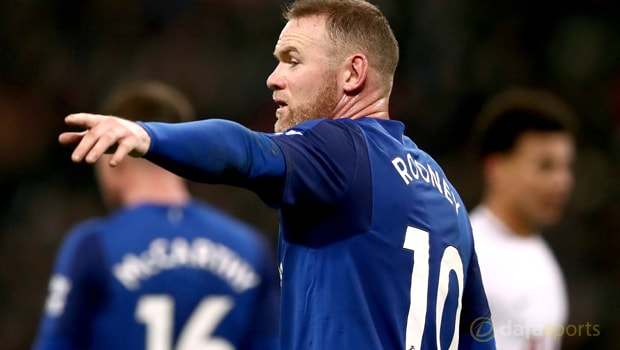 Wayne Rooney says he chose to return to boyhood heroes Everton in order to feel the “pressure” that would be placed on his shoulders.

Rooney left Manchester United last summer to make the short journey back to Goodison Park after 13 years away.

Rooney played 559 times for United, scoring a record 253 goals. He won five Premier League titles and the Champions League, amongst other things, while at Old Trafford and became England’s all-time leading goalscorer.

There were more lucrative offers to go abroad and finish his career but Rooney suggests the weight of expectation back in his native city was an attraction.

“I knew that coming back to Everton was more pressure – that’s what I wanted. I wanted to prove myself again to the Everton fans and to try to help this club move forward and win silverware,” he told BBC Sport.

“I think it was the perfect fit for me and hopefully in the next two or three years we can do that.”

Rooney is happy now playing in a slightly deeper role in the centre of the park and suggests former United team-mate Ryan Giggs is his inspiration to keep playing at the top level for as long as he can.

“The one thing which stays is my attitude to playing, my attitude to win, but of course you change and adapt your game and that’s what I feel I’ve done over the last few years,” he added.

“Two years ago, I thought my best position to play was midfield, and that’s starting to happen now.

“I’ve learnt that you can manage yourself in training, like Ryan did. He was there in every session but he managed it.

You know when to run, when to make a 50-yard sprint, and when not to. It’s just having that awareness about yourself.”

Everton are 3.30 to win away at Watford on Saturday evening, with Rooney available at 7.00 to score the opening goal at Vicarage Road.