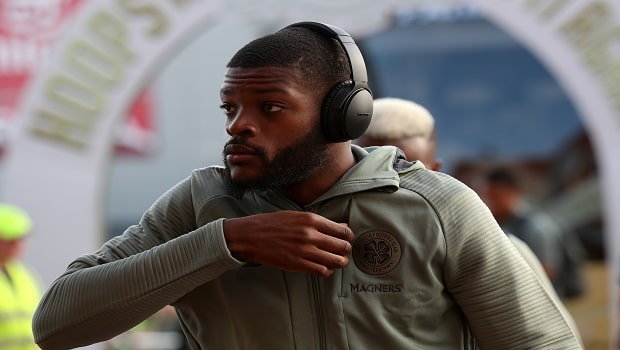 Glasgow Celtic had a busy week playing the postponed 12th round fixture against Hearts on Wednesday evening at Tynecastle Stadium in Edinburgh.

The home team had had a miserable run as of late, losing four out of their last five games and only gaining one point since 9th of November. The visitors on the other hand were on top of the league with two point separation to Rangers and having won eight in a row in Scottish Premiership. It was not as easy game as many would’ve thought, but Celtic prevailed and took a hard-fought 0-2 road victory.

Hearts have nothing to be ashamed of with their performance. They put Celtic on the defensive to start with and didn’t allow the visitors to control the possession as they usually do. In fact, Hearts took the overall possession with 52% against Celtics 48%. The skill level of the Celtic team was just high enough to get away with three points – but it was not due to lack of effort by the home team.

Both of the Celtic goals came in the first half, in which the chances were few and wide between. The teams only managed two shots on goal each during the half, but Celtic was remarkably more efficient. The first goal was scored by the sensational Ryan Christie, who bagged his 10th goal in the Scottish Premiership this season. He has now scored five goals in his past five appearances and now slotted a world-class left-footed curling shot from 20 yards out into the lower right corner of the goal on the 28th minute.

Hearts piled on the pressure and this time it was Celtic having to hit back with a counter-attack. A clear 2-to-1 turned into 3-to-2 and the late arriving Olivier Ntcham had an easy task to find the net after a breaking run by James Forrest. Celtic managed to effectively stave off the Hearts’ chase and created a couple of chances of their own. The first half score remained until the end and the visitors can be happy with their consistent and efficient performance.

Celtic are now five points clear on top of the Scottish Premiership, but have played one more game than the closest challenger Glasgow Rangers. Celtic still have two more fixtures – Aberdeen and St. Mirren – before the pinnacle of the first half of the season, the Old Firm derby against Rangers on the 29th. Next up is third placed Aberdeen in Glasgow on 21st of December.

Don’t miss out on Dafabet’s Celtic FC Prediction Challenge, where you can win free weekly bets.