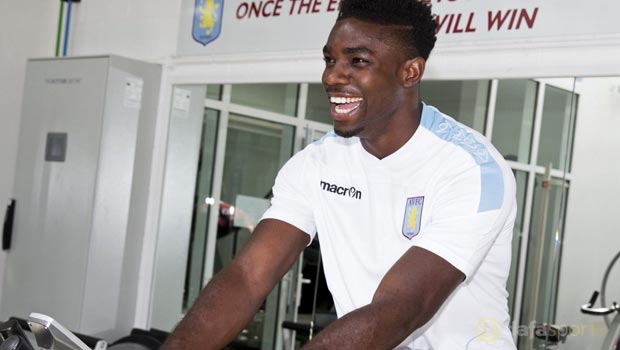 Scott Sinclair claims Micah Richards is the “full package” and will be a great addition to the squad at Aston Villa.

The two players were reunited at Villa Park after Richards, 27, moved to the West Midlands on a free transfer from Manchester City after 10 years with the club.

He signed a four-year contract with Tim Sherwood’s side and followed Sinclair from the Etihad Stadium to Villa Park, after the former Swansea man turned his loan spell into a permanent move earlier in the summer.

Sherwood is trying to overhaul a Villa squad that has struggled in the Premier League in recent years, with the addition of Richards key to improving a defence that conceded 57 league goals in the last campaign as they battled relegation and only survived by three points.

There are likely to be more incomings at Villa Park in the near future, with Lille midfielder Idrissa Gueye reportedly close to sealing a move, and Sinclair has hailed Richards as a “great signing”
for the club.

He told the club’s official website: “I think it’s great we have added a player like Micah with his experience, talent and personality.

“First and foremost, he’s a very, very good defender. When he’s at his best, he’s top quality. He’s showed that during his time at Man City.

“He has got the full package – everything you need as a defender. He has pace, power and a good reading of the game. He defends so well.

Villa have battled against the drop for the last few seasons and Sherwood’s men are priced at 4.00 to be relegated this time around.