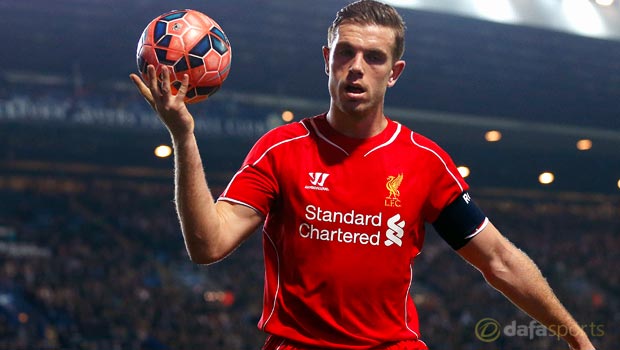 Liverpool are set to embark on a global pre-season adventure and Jordan Henderson reckons the tour is a great chance for the squad to gel ahead of the new Premier League campaign.

The Reds are visiting Asia and Australia over the coming weeks, taking on Thai All Stars in Bangkok and a Malaysia XI in Kuala Lumpur, as well as games against the Australian ‘A’ League sides Brisbane Roar and Adelaide United.

Manager Brendan Rodgers has been busy overhauling his squad after a disappointing campaign and has brought in six players. James Milner, Danny Ings, Joe Gomez and Adam Bogdan were joined by Brazilian forward Roberto Firmino and most recently Nathaniel Clyne.

Liverpool have confirmed that Milner and Ings will be part of the party heading to Asia and Australia and Henderson claims the summer is an important time for the new faces to bond and feel part of the squad, before the Reds try to focus and get back into the title hunt next season – and Liverpool are priced at 26.00 to win the Premier League.

Henderson told LFCTour.com: “To be together for a couple of weeks is good, to make sure that we’re all on the same page and wanting to do the same thing.

“For the new lads, it’s a case of getting to know each other and gelling as a team, ready for the first game.”

Liverpool continue to be linked with a host of strikers, with Rodgers reportedly casting an eye over the likes of Christian Benteke and Fernando Llorente.

With a big season ahead, the Reds boss knows his side needs to score more goals and Benteke seems to be his prime target, though Liverpool would need to meet Aston Villa’s £32.5million buy-out clause if he wants to bring the Belgian striker to Anfield.