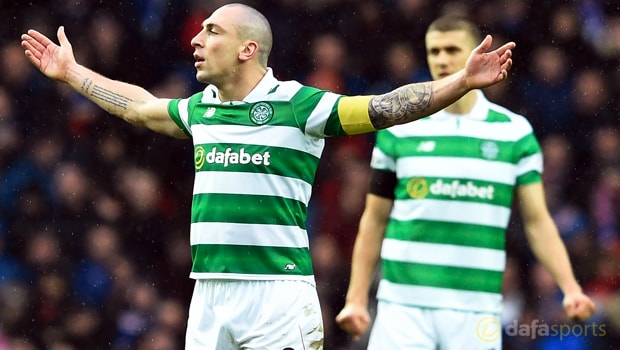 Captain Scott Brown insists Celtic will work hard to maintain the standards they’ve set for themselves after the winter break.

The Hoops have been in Dubai for a winter sun training camp during the break in domestic proceedings for Scotland’s top-flight clubs.

Brendan Rodgers’ squad went into the break on a high following their New Year’s Eve win over Rangers at Ibrox, a result that meant Celtic remained unbeaten through nine games in the month of December.

That run included a Champions League trip to Manchester City and, all in all, Celtic remain unbeaten in domestic action through the first six months of the Rodgers reign in Glasgow.

Brown is happy to enjoy the break on the back of a fulfilling month but he warns that Celtic must be ready to go again when they face Albion Rovers in the Scottish Cup on January 22.

“The way we are playing just now and how we are focused on the future means it’s looking great for this club and we just need to maintain it now,” Brown told the Celtic website.

Midfielder Brown admits that December was a pleasing month given Celtic had to battle through a demanding schedule.

“It was always going to be hard playing nine games in December, and to play Man City and Rangers in there and to go all the way through unbeaten in the way we did meant we had to dig deep,” said Brown.

“It wasn’t always going to be great football with some of the pitches beginning to cut up, but the three points were the main thing.”