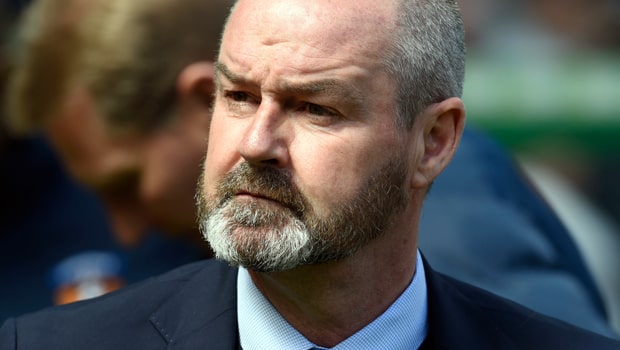 Steve Clarke looks set to walk away from his post as Kilmarnock boss amid speculation he’ll be appointed successor to Alex McLeish as Scotland manager.

McLeish was dismissed in April following a poor start to Scotland’s Euro 2020 qualifying bid. The Tartan Army are already assured of a playoff for next summer’s finals after their Nations League efforts and Clarke has been touted as the man to take over.

Killie’s 2-1 win over Rangers guaranteed them a Europa League spot next season, but their 55-year-old boss dropped a heavy hint he might not be in the dugout when they end a near two-decade hiatus from the European stage.

“The most important thing in any football club anywhere in the world is the supporters, and when I came here we didn’t have so many,” Clarke said.

“We had a disconnect between the support, the board, the players. There was nothing, no togetherness, I said this when I came in: together we are stronger.

“In my time at Kilmarnock Football Club, I’m sorry I didn’t win you a trophy.”

“This is Kilmarnock, this belongs to you. And the most important thing, I said no trophy – for me, I take this. This is my trophy, thank you,” said Clarke, pointing at the cheering supporters.

Celtic are 1.40 to win Saturday’s Scottish Cup final against Hearts. The Jambos are 7.50 while the draw is 4.20 for their Hampden Park showdown.