Posted by Robert Morris on September 4, 2014 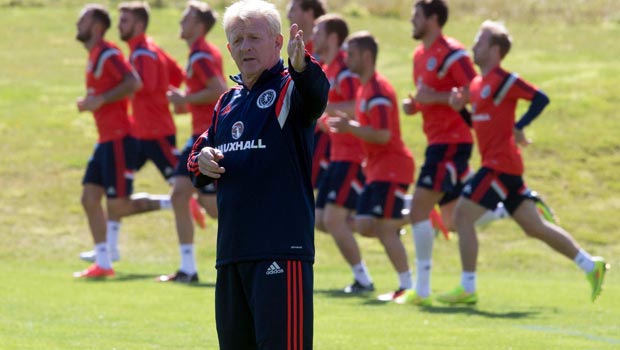 Scotland boss Gordon Strachan has revealed that a third player has pulled out of his squad for the Euro 2016 qualifier against Germany with Graham Dorrans now joining Christophe Berra and Andy Robertson on the sidelines.

Strachan believes Dorrans’ injury is not too serious and believes rest and recuperation will see the West Brom midfielder back in action soon.

“He’s been playing with an injury the last couple of weeks,” Strachan said. “It was great that he came up here and gave it a couple of days rest and tried to train but he was not comfortable.

“So he’s away back now to get assessed from his physios and doctors. They know what it is. I think it’s just about rest but you need to ask them exactly what they’ve got to do and how long it’s got to be.”

Strachan confirmed that Manchester United midfielder Darren Fletcher will be his captain as Scott Brown, who wore the armband during Fletcher’s long absence through illness, is out with a hamstring problem.

Germany will be looking to bounce back from a 4-2 home defeat to Argentina that they suffered on Wednesday night – less than two months after beating the same opponents in the World Cup final in Brazil.

Angel di Maria set up goals for Sergio Aguero, Erik Lamela and Federico Fernandez, before adding a fourth to give the visitors an emphatic lead in Dusseldorf.

Chelsea’s Andre Schurrle and Bayern Munich’s Mario Gotze scored late consolation goals for Joachim Low’s side, who are likely to be boosted by the returns of Jerome Boateng, Mats Hummels, Thomas Muller and Mesut Ozil against Scotland.

Germany are the 1.15 favourites to take all three points in Dortmund with Scotland available to back at 13.28 in the 1X2 betting.

The draw is priced at 7.40 while the 2-1 scoreline in favour of the hosts – the result when the sides last met 11 years ago – is available to back at 9.5 in the Correct Score market.