Posted by Fred McKinley on September 4, 2014 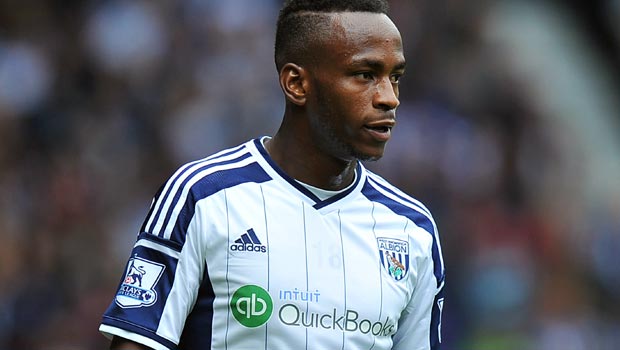 England Under-21 boss Gareth Southgate claims Saido Berahino deserves a second chance as he looks set to start the West Brom striker against Lithuania on Friday.

Berahino has been in good goalscoring form this season, with a brace in the Baggies’ opening day 2-2 draw with Sunderland.

That is a far cry from the negative headlines he was involved in earlier this year, when a major dressing room bust-up with James Morrison threatened to derail Albion’s relegation fight following a 3-3 with Cardiff in March.

Berahino was then reprimanded after a video of him inhaling nitrous oxide – a drug that is not illegal but has potential health risks – was leaked in April.

But Southgate played down any concerns that the Burundi-born striker’s career was going off the rails and believes he is in good hands to keep on improving under Albion boss Alan Irvine.

The England Under-21 boss said: “The great thing with Saido is if he has had a little dip he is someone that recognises and acknowledges it and then does something about it.

“They are young kids. If everything we did as 18, 19-year-olds was as exposed as these lads are then I’m not sure I’d be sitting here today.

“Saido is one who works really hard, he wants to stay out and do extra finishing and he is not alone in that.”

Berahino scored seven goals in his first eight Under-21 games, but only netted twice after January as West Brom just escaped the drop.

Lithuania lost their opening qualifier for the 2015 finals at home to Moldova by three goals to nil and a repeat scoreline in favour of Southgate’s men is attractively priced at 6.50.