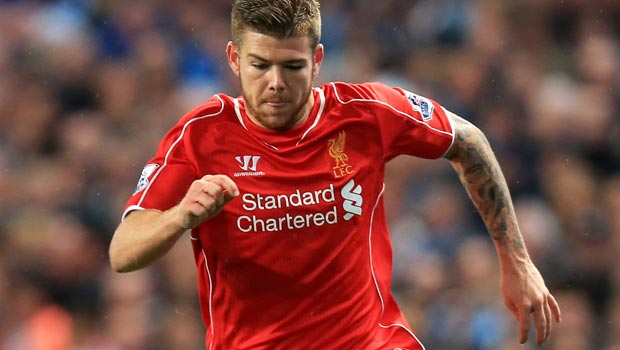 Alberto Moreno is looking forward to making his home debut at Anfield and can’t wait for Liverpool’s Champions League clashes with Real Madrid after describing his early experiences at the Merseyside club as ‘incredible’.

The Spanish international left-back joined the Reds from Sevilla last month and was in tears after being told he would not face Real in the European Super Cup because his transfer to Liverpool had gone through.

But Moreno is excited by the challenges that await him in England and has already endeared himself to the Liverpool fans with his marauding goal against Tottenham last weekend.

“If the fans didn’t know me before they will from now on thanks to that goal against Tottenham. I hope it’s not the only one as I hope to dedicate more to them” Moreno told Marca.

“After making my debut and losing at Manchester City I had a point to prove. When I stole the ball off [Andros] Townsend all I could think about was getting to their goal and scoring. I didn’t care how many metres I ran!”

Moreno could not hide his excitement at the prospect of making his home debut on September 13 when Liverpool entertain Aston Villa at Anfield.

“You soon recognise it’s something very different,” he added. “So many people singing ‘You’ll never walk alone’ is incredible. The fans live for football. They are so passionate.”

Liverpool are the 1.24 favourites to beat Villa in the 1X2 betting with Paul Lambert’s side available to back at 10.94 and the draw priced 5.81.

Moreno is also looking forward to playing in the Champions League, particularly since Liverpool have been drawn in the same group as Real Madrid.

“It is going to be fantastic. It’s all new to me and I’m really looking forward to it. Plus, I’ll be playing against Real Madrid at Anfield and I’ll be wearing Liverpool colours. It’s going to be a unique experience.”

Liverpool open their European campaign against Ludogorets Razgrad at Anfield and are the 1.21 favourites to pick up all three points. The Bulgarian champions are 9.89 to pull off a shock win in the 1X2 betting with the draw priced at 5.80.