Sanchez delighted to join ‘biggest club in the world’ 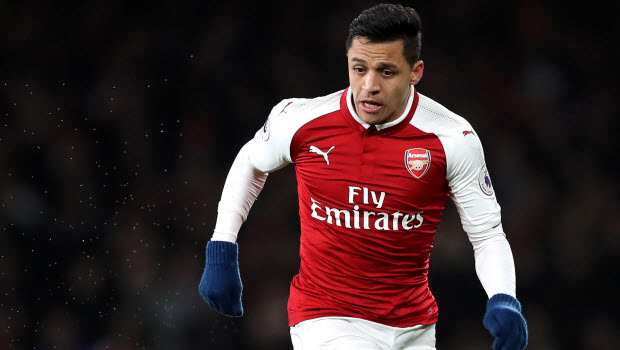 Alexis Sanchez feels he has joined the ‘biggest club in the world’ after swapping Arsenal for Manchester United in a deal that saw Henrikh Mkhitaryan go the other way.

The Gunners and Red Devils came to an agreement that saw a straight swap taking place, with Sanchez keen to get away from the Emirates before his contract expired this summer and Mkhitaryan not part of Jose Mourinho’s plan at Old Trafford.

The 29-year-old Chilean arrives at Old Trafford after spending three-and-a-half years at the Emirates having moved from Barcelona.

Sanchez was heavily linked with a move to Manchester City, where he would have been reunited with former boss Pep Guardiola.

However, the runaway Premier League leaders were apparently unwilling to meet his financial demands. The forward has insisted that the chance to work with Mourinho and play for Man United is one that delights him.

“I am thrilled to be joining the biggest club in the world,” Sanchez said on the Man United website. “The chance to play in this historic stadium and to work with Jose Mourinho was something I could not turn down.

“I am very proud to be the first Chilean player ever to play for United’s first team and I hope I can show our fans all around the world why the club wanted to bring me here.”

The Portuguese meanwhile is excited at the prospect of having Sanchez alongside Romelu Lukaku, Anthony Martial and Marcus Rashford in his squad.