Gunners move a ‘dream’ for Mkhitaryan 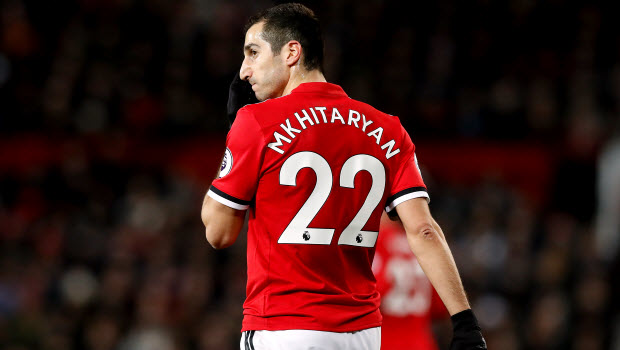 Henrikh Mkhitaryan says he dreamt of playing for Arsenal one day after moving to the Emirates from Manchester United.

The Armenian captain was part of a deal that saw Arsenal’s want-away forward Alexis Sanchez moving in the opposite direction, with the Premier League rivals agreeing a straight swap.

Sanchez’s contract at Arsenal was set to expire this summer, when he could leave for free, while Mkhitaryan has found himself surplus to requirements under Jose Mourinho at Old Trafford.

The 29-year-old playmaker looks a perfect fit for Arsenal’s style of play and Mkhitaryan says joining the Gunners is a ‘dream come true’.

“I’m very happy that we could finish this deal and I’m very happy to be here. It’s a dream come true because I’ve always dreamed of playing for Arsenal.

Now that I’m here, I’ll do my best for this club to create history,” he told the Arsenal website. After joining Man United from Borussia Dortmund, Mkhitaryan made just 39 appearances for the club, scoring five times and earning a Europa League winners’ medal last season.

He is captain of his country and Armenia’s all-time leading goalscorer. Arsene Wenger is delighted to have secured what he terms a ‘complete player’.

“Henrikh is a very complete player. He creates chances, he defends well, he can absorb distances and he’s very committed as well.

I must say he’s a player who has all the attributes,” said the Arsenal boss. Arsenal are 5.50 to secure a top-four finish in the Premier League this season, while Manchester United are 2.00 in the betting without Manchester City market.