Swans made Reds look like ‘F1 car stuck in traffic’ 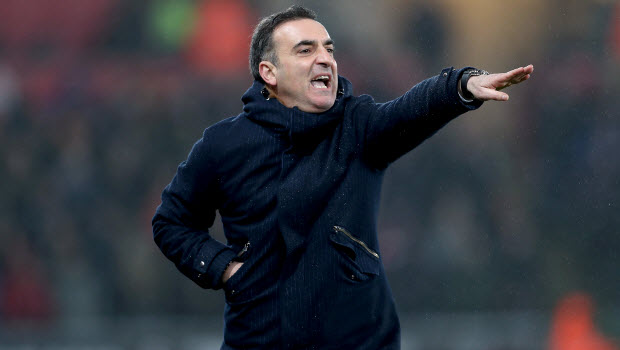 Swansea City manager Carlos Carvalhal felt his players carried out the tactical plan perfectly as they earned a shock 1-0 win over Liverpool at the Liberty Stadium.

Alfie Mawson scored the only goal as the Reds failed to defend a set piece late in the first half, giving bottom club Swansea a precious success.

Liverpool had shown all their attacking a verve a week previously in beating Manchester City 4-3 at Anfield, the first league defeat suffered by Pep Guardiola’s side this season.

Carvalhal had some interesting observations afterwards on the game plan he employed. Liverpool’s neat and clever passing failed to break Swansea down, with the game often becoming too narrow for the visitors to find spaces.

“When we studied Liverpool, I told my players they are a really strong team and I compared them to a Formula One car,” Carvalhal said.

“We did make some mistakes, but we blocked the dynamic of Liverpool and deserved this victory.” The win wasn’t enough to lift Swansea off the bottom of the Premier League table, but they are now level on points with West Brom and just three adrift of Stoke, Brighton and Newcastle up as far as 15th place.

Swansea are 1.44 to be relegated this season but Carvalhal, with just one loss in six games since taking over from Paul Clement, feels they are making progress.

“We are breathing,” Carvalhal said. “We are not out of the hospital, but we are out of emergency and we can accept visits. We still have a lot of work to do but we have confidence.”