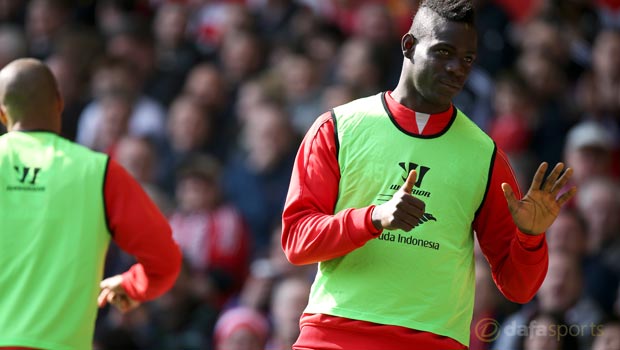 Sampdoria president Massimo Ferrero says his club may be interested in bringing Liverpool striker Mario Balotelli back to Italy this summer.

The 24-year-old Italian international has struggled to make an impact since joining the Reds last August and looks almost certain to be offloaded by the Merseyside club in the summer.

Balotelli joined Liverpool for £16m from AC Milan back in August but has failed to make a positive impact on Brendan Rodgers’ squad.

Balotelli has found himself increasingly marginalised at Anfield – although injuries and illness have also affected his opportunities -and Ferrero says Sampdoria may be willing to offer him a way out in the summer.

“I would take him, he’d be the real Balotelli again here,” Ferrero said. “He wouldn’t have too much pressure here in Genoa.”

The likes of Napoli and Juventus have already ruled out any move for Balotelli, who has scored once in 14 Premier League appearances for Liverpool.

Balotelli scored 14 goals in 30 Serie A appearances for Milan last season, taking his total to 58 goals in Italian football but has hit just four goals for Liverpool in all competitions this term.

There may be some negotiating required before the striker commits to any deal with Sampdoria, however, with Ferrero’s diagnosis of what is troubling Balotelli unlikely to find much favour with the player himself.

“He’s lost his hunger,” Ferrero said. “He’s earning too much. If he was only on bread and water, he’d be a champion again.”

Balotelli missed Liverpool’s victories over Blackburn and Newcastle with illness and it is unclear whether he will return to the squad for the weekend FA Cup semi-final with Aston Villa.