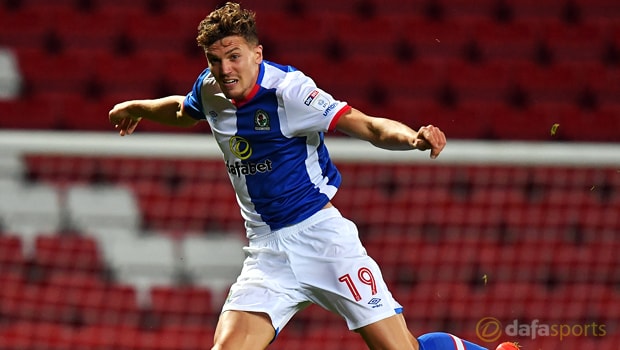 Sam Gallagher is confident Blackburn can cause an upset when they take on Championship leaders Newcastle on Saturday.

Rovers travel to Tyneside on the back of last weekend’s 3-2 win over Brentford but with them sitting 23rd in the standings, they appear in big trouble and are 2.10 to be relegated.

In contrast, the Magpies have won their last nine in all competitions and start the weekend five points clear at the top of the table.

Striker Dwight Gayle has been one of the stars of their impressive run, but Rovers themselves have an in-form forward in Gallagher.

The 21-year-old joined on loan from Southampton in the summer and has netted seven times already this season.

He will now be looking to make an impact against the Championship’s pacesetters but appreciates the challenge Owen Coyle’s men face.

However, the former England youth international believes his side have enough to push the Magpies close, and even possibly cause an upset.

Gallagher told the club’s official website: “It is probably the biggest club that’s been down in this division for a while, so I’m certainly looking forward to St. James’ Park and playing in front of a big crowd.

“They’ve been playing well. They’ve been scoring a lot of goals and playing good football, so that’s one thing that we’ll be aware of, but we’ll also look to play our own game and cause our own problems.”

Blackburn are currently the 8.50 underdogs ahead of the game, with the draw 4.75 and the Magpies the 1.33 favourites with Dafabet.