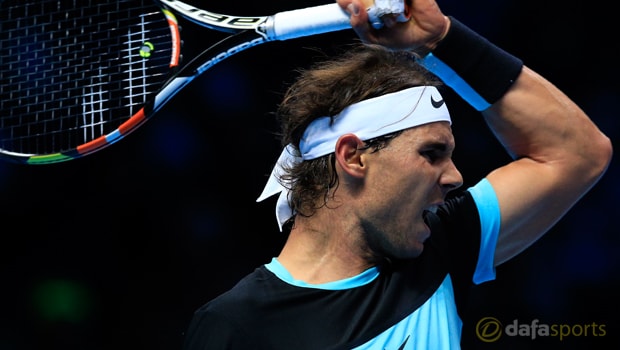 The Spaniard has been plagued by injuries in recent years and his fitness problems have taken a serious toll on his results, with the last of his 14 major titles coming at the 2014 French Open.

After again struggling with his health this season, just like his great rival Roger Federer, the 30-year-old called time on his campaign prematurely in order to rest up and ensure he is raring to go for 2017.

Despite his issues, Nadal has impressed on the rare occasions he has managed to stay out the treatment room, most notably claiming gold alongside Marc Lopez in the men’s doubles at the 2016 Olympics.

With him now back on the practice court, the Spaniard will be aiming to build his form in time for the Australian Open where he may have to fight his way through a tough draw, having fallen to ninth in the world rankings.

His uncle Toni has attributed his drop in the rankings to a lack of fortune surrounding his injured wrist and says the player still has designs on winning another Grand Slam title.

“It was caused by the bad luck,” Toni admitted. “We have not been playing for much time and it affected us much.

“Now a new season starts and we have to earn points straightaway. Rafael’s ultimate goal is to win a Grand Slam title.”