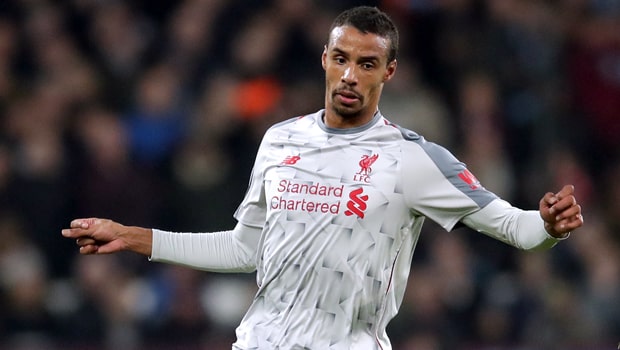 Liverpool defender Joel Matip says Southampton on Friday night is the only thing the players can focus on for now.

The Reds are embroiled in a fierce struggle for the Premier League title with champions Manchester City.

Jurgen Klopp’s needed a second consecutive late winner on Sunday as they edged out Tottenham at Anfield, with Toby Alderweireld putting through his own net in the final minute as Liverpool won 2-1.

The win lifted them back above City but Pep Guardiola’s team can take over again if they win their game in hand at home to Cardiff City on Wednesday.

Liverpool then travel to Southampton on Friday and Matip says getting three point at St Mary’s is their only concern.

“There’s a long way to go, at the moment we are only looking to Southampton and we will look forward after that,” he said.

“We can only concentrate on the things that we can decide, so we cannot change how they (Man City) will play, so we focus on our way and our games.

“I think it will be hard for every team to play these kind of games without dropping points, but we are only looking to our next opponent and that’s the most important for us.

“Every game will be important, it doesn’t matter who our opponent is. The next step is Southampton.”

Matip concedes they were fortunate to get three points against Spurs. “You have to try all the time but sometimes you need a little bit of luck, too,” he added.