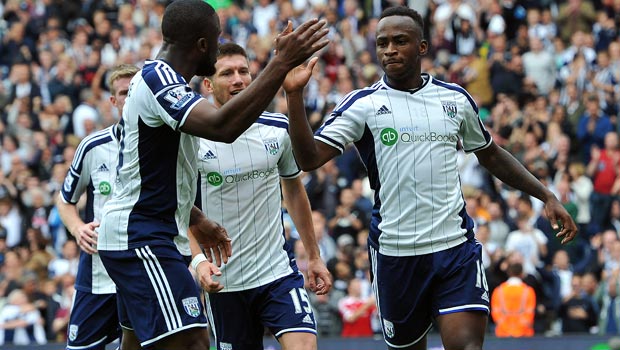 West Brom manager Alan Irvine has insisted that Saido Berahino will not be leaving the club this month amid reported interest from a host of top sides.

The 21-year-old enjoyed a breakthrough season for The Baggies last year as the striker found the back of the net nine times in the Premier League.

Berahino’s first, and most notable strike, came against Manchester United in the 2-1 win at Old Trafford as the striker burst onto the English scene.

The England U-21 international got off to the perfect start on Saturday in the season opener against Sunderland, with the youngster scoring both of the goals in the Baggies 2-2 draw with the Black Cats.

The recent performance has led to reports linking several rival clubs with a bid for Berahino and a side that may be interested is Hull City.

The Tigers have recently sold Shane Long to Southampton for £12million and with new signing Robert Snograss coming off injured against QPR on Saturday, manager Steve Bruce could possibly delve back into the transfer market.

Irvine is confident that the club will not accept any offers for Berahino, adding that the striker has the potential to have a fantastic season at the Hawthorns this season.

“I think everybody should know about him already, but I can’t see any way this club would be interested in letting Saido go. You can’t let top young English talented players go,” he said.

“It could be a very big season for him. He is a terrific lad, he is very talented and he works very hard at his game. He is a pleasure to work with,” Irvine added.

“He has got a love for football and with the talent and professional attitude he has got, I think he could be a very good player for this season and beyond.”