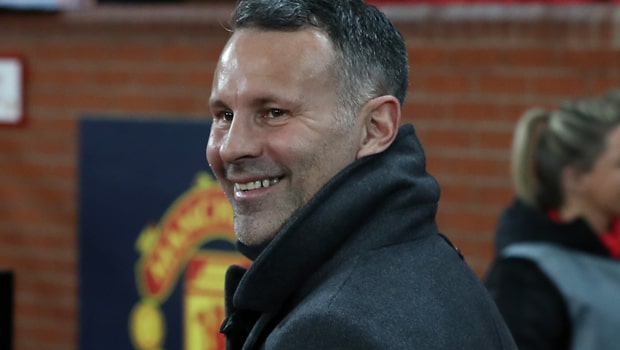 Wales manager Ryan Giggs is thrilled with the potential of the youngsters in his squad, with Dan James and Dylan Levitt earning praise.

Giggs is preparing for a crucial Euro 2020 qualifying double-header in June, his side travelling to both Croatia and Hungary. Wales earned a narrow 1-0 win over Slovakia in their opening Group E clash, while Hungary shocked last year’s World Cup finalists Croatia on the same day.

It means all four nations have three points so far, though Wales have played only once in comparison to their three rivals two games. The manager is pleased to see young players staking their claims and he won’t be afraid to reward them.

“We have a great crop of young players coming through,” said Giggs. “For us, as a relatively small country, it’s about having competition for places. “It doesn’t matter how old you are, as long as you’re good enough you’re going to get a chance in my squad.”

Levitt has impressed in Manchester United’s academy this season and Giggs has used his contacts to keep tabs. “Dylan I know because he’s been at United, I’ve spoken to Nicky Butt about him, the academy director,” he said.

“He’s at a club that shares the same philosophy as me in giving young players a chance. “I’ve watched him play and he’s a talent. He’s impressed in the last week in training and he’s an exciting player.”

Swansea’s James is being linked with a move to Old Trafford this summer, the clubs having agreed terms on a £15million deal. Giggs insists he won’t seek to influence the 20-year-old’s plans but he does seem him as a talent bound for the top.

“Ideally, as an international manager, you don’t want to influence players’ decisions when it comes to clubs,” Giggs told Sky Sports.

“For me it’s about players playing. “He could play in the Premier League, but if he stays at Swansea for another year or two years I’d be equally as happy because he’s done so well there. “That’s a decision for Dan to make and I’m sure he’ll make the right decision.”